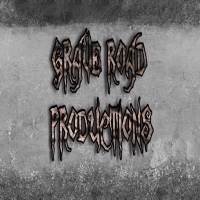 Doctor Dan is a master storyteller and director who began his journey in comic books at a very young age.

He was the assistant director and a producer in such independent films, "Resident Bodies," and "Letters to the Governor." His involvement in major hit TV shows, "The Walking Dead," "Vampire Diaries," and "The Originals" cannot go unnoticed. And his deep passion for art and music drove him to a life of creative fortitude.

He has spent a lifetime molding a universe inside of his head that has now shaped a new reality which made it impossible for him to keep doing it alone. That's when EriQ Scott was born.

EriQ Scott became the first of his angels to mold his art into masterpieces and kept his demons in line.

These days, Doctor Dan is the Co-Creator and a Collaborative Writer of the "CrossFyre" Saga, and he can be found playing the guitar, piano or making art in all of its forms.

Devon Carey "Gabriel Cross" began his journey writing horror and thriller stories when he was 6 years old after significant childhood trauma and encounters with evil spirits.

The character, Gabriel Cross, spawned from decades of demonic energies that manifested his works of the macabre.

His tales became so real that they began to develop minds of their own and started to overtake him… and now there are thousands of tortured souls that came together and manifested one singularity that we know now as Legion.

Devon Carey, on the other hand, is a professional Cryptocurrency Trader and Blockchain Enthusiast. He has a strong desire and passion to innovate and change the world - whether it be through his creative projects, film productions, or the mastermind behind new technologies that utilize Blockchain and Decentralized Applications.

Devon lives in Emerald Isle, North Carolina and can often be found in coffee shops - writing his neverending story "CrossFyre," with Doctor Dan, trading crypto and designing the blueprints for new technologies.