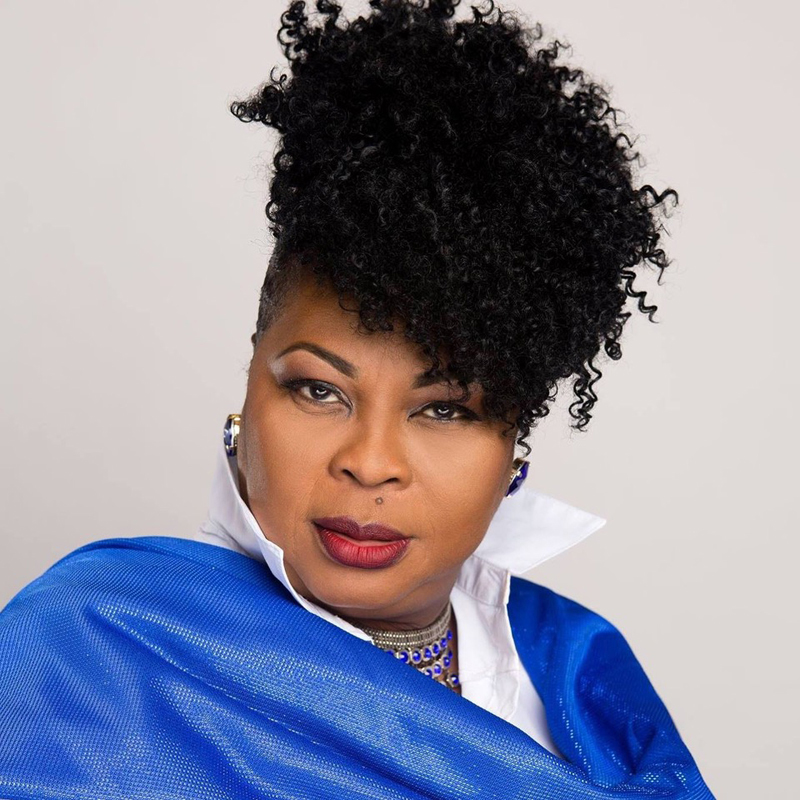 Evan. Bridget Blucher is blessed, gifted, and anointed by God to Minister through music, and she use this gift to glorify Him. A native of St. Vincent & Grenadines. Evan.Blucher now resides in Florida with her family. She is daughter of the late Bishop ( Pointer) Decosta Blucher and his wife the late Rev. Frances Blucher. Evan. Blucher always had a passion for singing and at a tender age was in involved in the Church Youth choir, and Community choirs spreading the gospel through songs in her native land.Today in a very unique way. Evan. Bridget Blucher brings the message in sermon through the word and songs with praise and worship filled with a rhythmic Caribbean essence. Evan. Blucher makes it safe, to laugh, dance, and worship while, at the same time, sending the clarion message of Jesus and His love in song. Her God-given talent has plummeted her to the top of the charts in the Caribbean and globally.

Her versatility is evident in her recording of songs in Twi Language. (Twi is the major language in Ghana, West Africa). Evan. Blucher travels the globe constantly ministering in places like Africa, Central America, Europe, Canada, United States, and the Caribbean ministering at Conferences, Concerts, Crusades clearly and consciously to the needs of congregations and audiences . Many, many people are drawn to her sincere, warm, and genuine personality and uplifting ministry.As a Caribbean Artiste Evan. Blucher has graced the stage with the likes: Cece Winans , Ron Kenoly, Dr. Helen Baylor, Vicki Winans, Alvin Slaughter, Shekinah Glory Ministry, Israel and New Breed, and has also tour with Lynda Randle from the Bill Gaithers Homecoming on the 2008 Canadian Tour of Compassion. Evan. Bridget Blucher won 12 Caribbeans Awards. Her desire to all that come in contact wit her ministry will be Healed, Set Free, and be Delivered through the blood Of Jesus Christ.