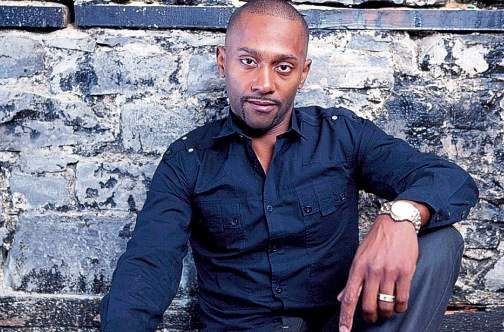 D Bandit All Upcoming Concerts And Events. Tickets gone sell out every year.

At the age of six, Bandit left his birthplace of Toronto and headed to Grenada, where he completed his Primary, Secondary, and O Level schooling. In the early 90s, his fathers nightclub, Le Sucrier, was in need of a Disc Jockey, and here began his career as a DJ. By 18 years of age, not only was he mashing up the clubs as a DJ in Grenada, he was also managing his family Businesses & Night Club, while working with artists such as SuperCat, Nardo Ranks, Sparrow, Burning Flames, David Rudder, Tambu, Ajamu, Barrington Levy & Sanchez, to name a few. Although he returned to Toronto at the age of 20, Bandit faithfully returned to Grenada three times a year to manage Le Sucrier in the Sugar Mill.

In 1995 he started to play in Toronto as a favor to a friend, Ernest, from De Outlawz. This started to open doors for him in Toronto and began the career of the Turntable Bandit, then called D (for Dwayne) Iron (for turntable) Bandit, predicting people would shorten his name as a result of the popular song from Organizer, Dats De Bandit.

Through reputation, networking, and family friends in Toronto, gigs started to roll in, playing every long weekend for popular Caribbean Promoters, Ian and Hazel, and others in the mid 90s. He also played once a month for BaJam and XCLuSV, alongside Canadas number one club DJ, Starting from Scratch, which marked the beginning of a great friendship and occasional collaboration.With management in his blood, Bandit started to organize parties here in Toronto. It began with a birthday party, D Prince and Bandit Fete, and then De Jail Break fete. At the end of 1996, Bandit was invited to join Dr. Jay and the Kingdom of Soca.

1997 brought the first Kingdom of Soca (KOS) event, Doh Cry Ah Leaving, which introduced the addition of Court Jester and Robin Hood DBandit into the KOS family. Bandit was not satisfied with the addition of the name Robin Hood, as he recognized DBandit as the strength in the name, and in 1998, he officially shortened his name to DBandit. In 1997 D Bandit made his first attempt at remixing and music production. There are many remixes he has done that can be heard all over. He was a major contributor to the production of Pot and Pan. He took elements of the older tunes and meshed it into one, as he so often does in his style of playing.

The combination of David Rudder, Superblue and Nelson in Pot and Pan, appealed to the Soca world and made an impact on Carnival for 1998. Try and doh get tied up which was a popular saying in Grenada, is heard in his second verse of the song. Simply meaning dont get yourself confused cause its always ONLY about the music as he so often says. Yeah, thats my philosophy he says, Once I focus on the music everything else comes easy.In 1999, Bandit began to see a void in the Toronto fete scene that needed to be filled. The various big jams held in Toronto resulted in a dilution of the soca that was heard in one night. It was time for DJs and Fete goers to come together and party like it was done at home in the Caribbeanit was time for de All Ah We to Fete as One Family.

1999 also ushered in the union of long time friend, Starting from Scratch, and the well-known DJ Mr. Presto to fill yet another void. There was a need for women to go to a nice venue and enjoy reggae music all night longthis brought the birth of Redemption. Still not satisfied, Bandit decided to give the people an event to fill up a Sunday afternoon, so on the first Sunday of the summer came the All Ah We Boat Ride. In other words, the first Sunday that follows June 21st you can look forward to the annual boat ride to set the summer off rightDe All Ah We Boat Cruise! 2000 also marked the first successful Road play of DBandit in Toronto, on the Dr.Jay/KOS truck with Saldenah. That Caribana also sparked the friendship of Back to Basics, who introduced D Bandit to New York. This introduction opened D Bandits eyes to take the show on the road, with stops Trinidad, Barbados, and Grenada.

Another major event in D Bandits roster is Unite de Nations. Along with two other major promoters in the Toronto fete scene, Islandboyz and de Eustace Brothers, another event was created that was beyond compare an outdoor event giving all the essences of home with artist representing from all ends of the Caribbean. With international recognition, D Bandit now organizes various concept events in Grenada as fetefreaks, and in Toronto. He also plays regularly on the road, in TnT with Poison in 2002, with Tribe in 2005, 2006 & 2007 and Yellow Devils every year since 2002.Another one of Bandit's recent accomplishment has proudly been the formation of the Toronto Carnival band, Carnival Nationz. Bandit, with his partners de Islandboyz, and 9 time King of TnT Carnival winners, de Eustaces, set out to establish the highest standard of excellence for the Toronto masquerader. With their extensive organizational skills, their attention to customer service and their vision of what Toronto Carnival/Caribana should be, they have set the bar of excellence in their inaugural year by winning the Band of the Year title in 2005and if this wasnt enough proof they were "in it to win it," they repeated their success once again in 2006, 2009, 2011 and most recently 2012. In 2011, Carnival Nationz won every title in competition that year, this is something that has never been done before.Finally in 2013 D' Bandit created yet another first for Toronto.

The Toronto Reggae Fest was born (TorontoReggaeFest.com). With names like Beres Hammond, Morgan Heritage, Tarrus Riley, Sean Paul, Christopher Martin, Barrington Levy, Maxi Priest have all graced the TRF stage. Now an outdoor festival, in the heart of Toronto, over 14000 patrons get to experience a combination of local and international reggae culture.DBandit has been instrumental in bringing Caribbean music to where it is in the Toronto market. Currently Soca, Reggae and Dancehall can be heard in over 50% of the clubs today, and D Bandit can proudly say he had a major part to play in creating the demand for Caribbean music in Toronto and globally (he receives over 15000 unique downloads of his podcasts per month). Dwayne D' Bandit Pitt has over 22 years of experience coordinating events. Despite this, D' Bandit continues to develop his brand worldwide, as well as take on new challenges in this competitive world of entertainment.