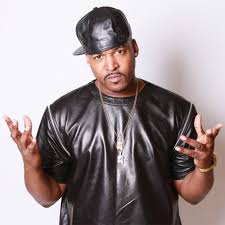 Hip-hop producer and radio personality DJ Infamous Talk2Me crafts bass-heavy anthems with dramatic effect like Mike WiLL Made It and DJ Khaled. Born Calvin Donald in Lansing, Michigan, Infamous started DJ'ing at the age of 11 (his stage name was inspired by Mobb Deep), appearing at parties, school dances, and any other venue that would have him. In high school, he hosted his own radio show for Michigan State University's 88.9 FM. During his college years, Infamous spun for a local Huntsville, Alabama station, later interning for Atlanta's V-103 FM. Upon graduation, he relocated to Atlanta for a full-time position with V-103. A member of both the Heavy Hitters and We the Best crews, he built a following in the Atlanta area, forging a long-term friendship with Ludacris (Infamous was chosen as his tour DJ in 2011). In addition, Infamous has collaborated with T.I., Jeezy, Kanye West, Jay-Z, 50 Cent, Rick Ross, Big K.R.I.T., 2 Chainz, and Yo Gotti. His first major foray into songwriting was the 2012 single "Itchin" (featuring Future). He signed with E1 Music in 2013 and followed with another single, "Somethin' Right" (with Big K.R.I.T. and Yo Gotti). In 2016, he issued "Run the Check Up" (a Childish Major production that featured Jeezy, Ludacris, and Yo Gotti) and "Double Cup" (featuring Jeezy, Ludacris, Juicy J, The Game, and Hitmaka)