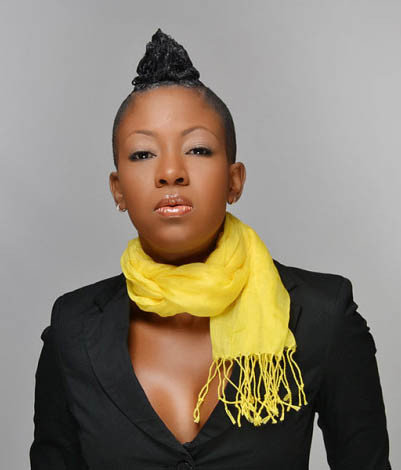 Check Out Fay Ann Lyons Tour Schedule And Upcoming Concert For 2020. Get Tickets.

Fay-Ann Lyons-Alvarez (born November 5, 1980) is a Trinidadian soca recording artist and songwriter. She is also known by such titles as the Lyon Empress, Mane the Matriarch and the Silver Surfer, a nickname which she claimed during her performance at the 2008 International Soca Monarch.

Fay-Ann Lyons is a three-time Trinidad and Tobago Carnival Road March champion (2003, 2008, 2009) and the 2009 International Soca Monarch and International Groovy Soca Monarch champion. She created history (again) when she won the International Soca Monarch for the first time in 2009, as the first female to win the Power category, and the first individual (male or female) to win the Power, Groovy and People's Choice awards on Fantastic Friday (aka Carnival Friday) during the finals of the competition which is held annually in Trinidad. She also went on to win the Carnival Road March that year, becoming the first soca artist to win that soca 'triplet' of titles. She is the first (and only) woman to accomplish that feat while pregnant. Fay-Ann is the youngest solo artist (male or female), still actively recording, with multiple wins of the Carnival Road March crown. (Machel Montano is the youngest male with multiple wins, now that he has four solo wins and a joint win with Patrice Roberts).

Fay-Ann remains the only female artist who has won the Carnival Road March three times, and is the third to attain back-to-back wins in two consecutive years joining fellow Trinidadian Macartha Calypso Rose Lewis who won 2 Road March crowns in 1975 and 1976 and Alison Hinds Of Barbados who won 2 Road March titles in 1996 and 1997. Fay-Ann and husband Bunji Garlin also became parents in 2009 to a daughter,Syri, born on February 28, 2009 , just a few weeks after Carnival. Fay-Ann has performed at musical events both locally and abroad.