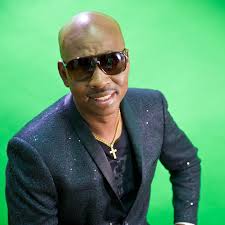 Find Iwer George All Upcoming Concert And Tour Schedule Details For 2020, Get Tickets.

Trinidad's Iwer George has remained at the forefront of the soca scene since his career began in the 1980s. A longtime crowd favorite and winner of several soca competitions, he has released numerous hits and remained a constant touring presence throughout the Caribbean, North America, and Europe. While his music is typically uplifting, festive, and party-centric, he has also written songs containing a fair amount of social commentary, touching on racial issues and financial hardships.

Born in Point Fortin, Trinidad in 1964, George began his professional singing career at the age of 21. His first hit, the 1987 single "Boom Boom Time," came in at second place in the annual Road March Competition in Trinidad and Tobago. His debut LP, Keep the Boom Boom Rolling, appeared in 1988, and a string of singles and albums followed throughout the 1990s, including hits such as "Na Do That," "Jump and Wine Up," and "Iwer Dance." In 2000, George's "Carnival Come Back Again" tied with Superblue's "Pump Up" as the winner of the Road March. He has also won (or tied) the International Power Soca Monarch three times since then. He has also ventured into business, launching an all-soca radio station (which has since changed formats) as well as a cruise ship.