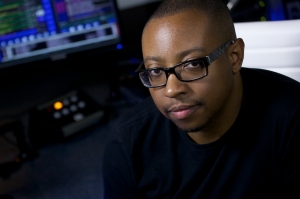 DJ Jason Chambers (formally of the legendary Attitude Soundcrew) is one of Canada’s foremost talents and a fixture of the Canadian Urban music scene. In Toronto, he mesmerizes tens of thousands of listeners daily at 5pm on his commercial radio show “The 5 O’Clock Git Down” on the city’s hottest station G98.7fm. Prior to this Jason was heard daily at noon in Toronto on Flow 93.5fm’s “Midday Mix”. In addition to being named member of the 2012 Canadian Juno’s Screening Committee for Soul/R&B, Jason maintains a hectic DJ schedule in the city’s hottest and largest clubs along with various corporate events. His vast musical tastes, creative selections and original, on-the-fly live remixing continue to make him a crowd favourite from coast to coast, headlining events in Vancouver, Edmonton, Calgary, Winnipeg, Ottawa & Montreal, continually propelling his name toward international celebrity DJstatus. In the early stages of his career, he built a name via his now-legendary Attitude Sound Crew Mixtape series, which garnered fans across Canada and the US, and by wowing crowds of tens of thousands as the first official DJ for the NBA’s Toronto Raptors.

In addition, he has shared the stage with musical icons and hosts such as Bell Biv Devoe, Kardinal Offishall, Lance Gross, Marion ‘Pooch’ Hall, SWV, CeCe Peniston, Lisa Lisa, Naughty by Nature, Laz Alonzo, Jully Black, Run DMC, Nice & Smooth, Special Ed, Jon B., Maestro Fresh Wes and MC Lyte as well as DJ’s Jazzy Jeff, Funkmaster Flex and the late D.J. A.M. to name a few.In 1999, Jason, alongside partners Ian Andre Espinet and DJ Starting from Scratch, co-founded “Amnesia”, a legendary old school monthly event which has been credited as the blueprint for both events and the resurgence of old school music nationally. In 2006, his contributions were acknowledged as “Amnesia” became the first ever event to sign to a major Canadian recording deal. Jason comixed/produced the critically acclaimed “Amnesia: Back in the Day” compilation, released by Universal Music later that year taking retail by storm and selling out nationally. His hard work has also taken the notice of his peers, as evident in his numerous nominations for Toronto Club DJ of the Year and Radio Mixshow DJ of the year at the Stylus Awards. For the DJ who many of the world’s top dj’s site as one of their favorites, the future is as bright as his love of music.