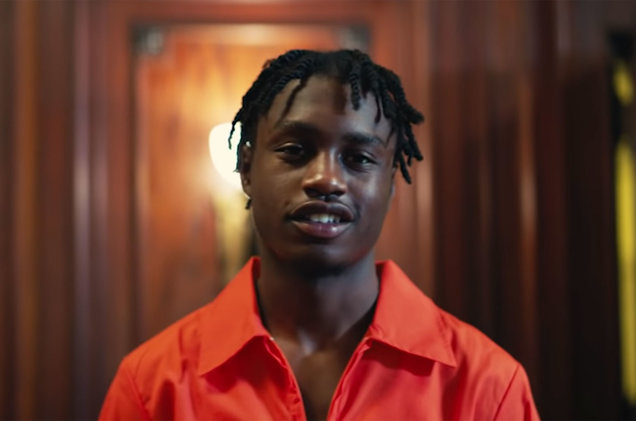 Lil Tjay was born Tione Jayden Merritt and raised in the South Bronx area of New York City with his mother and siblings. In middle school, Lil Tjay began to get into fights. In 2016, at the age of 15, he was sentenced to one year in a youth detention center. This longer time period influenced Lil Tjay to begin writing lyrics. In late 2017, Lil Tjay made a promise to his mother that he would no longer be involved in crime. Before recording in a studio, he made several songs on his phone and computer, using bars designed to work in hip hop style. He was inspired by Usher and Michael Jackson, who his mother would play as he was growing up. He made a song named "No Escape", which talks about his life.

In 2017, Lil Tjay began releasing music on SoundCloud, including the singles "Resume" and "Brothers. "Resume" was released while Tjay was still 16 years old, and was paired with a homemade video of Tjay hanging out in a small apartment, which soon began to spread online. On March 10, 2018, Tjay competed and placed first at the Coast 2 Coast LIVE NYC All Ages Edition, where his performance gained the attention of a record label A&R who was in attendance to judge the showcase. He signed with Columbia Records after they noticed his song "Brothers", which had amassed millions of streams on SoundCloud. On it, Tjay raps about death, dejection, and incarceration.

In July 2018, Lil Tjay worked with producer Cash Money AP to release "None of Your Love", which amassed 18.2 million plays in eight months. Cash Money AP has produced tracks for rappers such as Lil Skies, Ty Dolla Sign, and YoungBoy Never Broke Again. In January 2019, Lil Tjay was featured on a single with Polo G titled "Pop Out", which has 140 million views on YouTube. When the artist released "Leaked" in September 2018, the song gained over 600,000 plays in less than a week on SoundCloud. Lil Tjay released his debut EP No Comparison at the end of 2018. The EP contains one feature who is YNW Melly, the 19-year-old rapper from Gifford, Florida who began gaining buzz around the same time as Lil Tjay. Their song "Ready for War" was the most successful from the EP and has over four million plays on SoundCloud. Lil Tjay released his debut album True 2 Myself on October 11, 2019. It includes many of his original SoundCloud songs, as well as new ones with features such as Lil Baby and Lil Wayne.