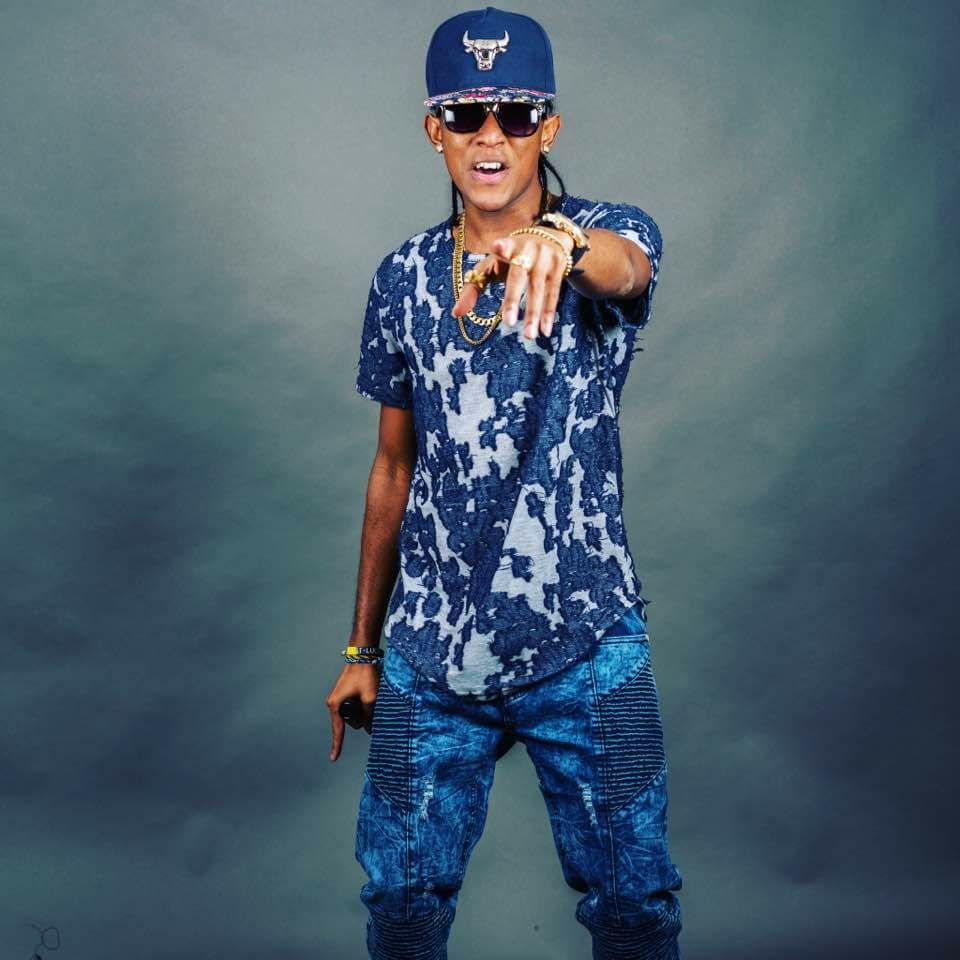 Motto Born Oct 20th 1994, 24 year old, Lashley Wendel Winter more affectionately known as ‘Motto’ to the soca world is a young, but multitalented name in the soca music industry right now. Hailing from the Helen of the West, the vibrant, new aged soca artist has been dominating from 2014, hitting the airwaves consistently with hit singles and major riddim albums. So who is this Lashley ‘Motto’ Winter? Born and raised in the south of St. Lucia, Motto is not ashamed to let people know he is from the community of Grace, Vieux Fort. Motto attended Babywins infant school, then Plain View Primary and finally Vieux Fort Secondary before moving to New York to further his education. Though his musical career would at the time begin showing positive signs of growth, Winter would not let up on his schooling.

He would from the year of 2009, continue his education at the Boys & Girls High School in NYC, graduating then earn a Associates Degree in Information Technology at Monroe College ( NY ) and finally Bachelors in Mass Communications at Barton College located in North Carolina, USA. During this time he would also excel as a long distance, track star for about 6 years, earning medals and other accolades in running parallel to producing and singing. Growing up Lashley Winter never knew he would today be so deeply involved in music. Winter’s interested were strictly running, football or bike riding. Lashley ‘Motto’ Winter starts producing music.. Motto’s involvement in music began around 2009 when he produced beats under the name “Fox Productions” for underground artists in St. Lucia, which would at that time become very popular on the island and even the Diaspora. His early days as a producer would assist a number of these Lucian artists in becoming recognized as local entertainers. From the background Motto would assist in the productions of local hits as early as “Shak Shak” by Cookie, “One Drop Talon” by Dub Master J, “Pork Sause” by Soca Bandit to new day tracks such as “Piwat” by mata & Miigos, “Push Back For Me” by Blackboy, “Haydi” by Ezra, “The People Man (TPM)” by Kisha & Mata. Motto also works closely with local artist such as, Mighty and Subance, Freezy, Messi, DBoy and Mac 11, the list would go on and on, he is the king of local productions.He would continue relentlessly, sometimes voice a song or two on his own riddims.

It would be an international collab on a local hit riddim released in 2014, originally titled the “Tanbou Nou Riddim” that would change the ‘Local Performer/Producer’ status, to an international one. Motto’s active part on the local music scene would not only ensure an international audience, but would also foster the birth of a genre. Winter’s early days in the music scene was part of a movement which would then morph into what’s now internationally known as the new soca genre, “Dennery Segment” or Lucian Kuduro.‘Bend Dong’ as a single would do well in St. Lucia and the diaspora. Motto’s entrepreneurial skills would, in 2016 earn him a remix to the mega hit ‘Bend Dong’, and a hit that would not only change his life, but put the ‘Dennery Segment/Lucian Kuduro’ movement on the map and finally cause a international attraction to St Lucia and St Lucia soca music . Using that moment, the young entrepreneur would not only land another major remix of one of his local hits ‘Forcé aka Force it’, but would also garner the attention of Trinidad's soca stars Patrice Roberts and Shal Marshall who would join other artists like Lava Man, Hypa 4000, Problem Child and Mr. Legz on Motto’s 2017 repackaged album called the “Force It Riddim” who made a massive impact in carnival’s around the world and changing soca music forever with the new Lucian sound. Winter had no intention of losing momentum after that. His collabs would further attract the attention of soca guru’s Machel Montano, Fay Ann Lyons, Skinny Fabulous & Bunji Garlin, who would engage the young producer and jump on his 2017/2018 hits ‘Pim Pim’ and ‘Gwada’ Riddims. Motto producing for these well-known names would help excel him further as an artist as well, producing hit songs on those same riddims, namely “Party Lit” ft. Lyrikal from Trinidad and “Shell Dong Dat” ft Fadda Fox out of Barbados. His third hit 2017/2018 single would come off as a collab titled “Take Jamm” ft Shal Marshall, Hypa 4000 on the Soca Panda Riddim by Ransum Recordz out of St Lucia.

Under the new company name ‘Team Foxx Music’, Motto would proceed under Ruby Jemm Entertainment’s management on a 2018 Trinidad Carnival promo tour, alongside the soca king Machel Montano and his team, helping Motto hit most of the major events during the carnival season,performing, entertaining and gaining thousands of fans along the way. Motto’s success has taken him round the US, Canada, England,the Caribbean and for the first time this year, he is set to touch European countries like Ibiza in Spain and Berlin, Germany, performing his list of hits as his fan base continues to grow rapidly.Business & Social Media Moves:Motto the entrepreneur is also about making business moves. In 2017 he launched his TeamMotto & TeamFoxx shirt and hat line. The line of apparel continues to grow along with the young artist as he looks into introducing it into different areas around the world for his fans. Motto is also aiming to open a professional studio and or an entertainment business in New York and St Lucia in due timing. Motto also runs the biggest St Lucian Music Youtube channel “TeamFoxx” whose motive is to promote all St Lucian music globally. The Youtube channel has been promoting music close to 9 years now had has video ranging from 3 million to 8 million views and has gain over 100k subscribers from its origin. “TeamFoxx” is not only a production company, but a all-around entertainment, and media company.

Motto is very much active and popular on social media. He's smart marketing/promo strategies and techniques cause him to grab, thusfar a fan base of 50k people on Instagram and about about 10k on Facebook.Achievement:Lashley ‘Motto” Winter considers his recognition by New York State senator, Jesse Hamilton his biggest achievement yet. The certificate was presented to the young artist for his dedicated work and efforts in spreading Caribbean music and culture around the world. Which effectively made him a Caribbean Culture Ambassador in New York City. The artist continues to appreciate his fans and followers as he gets love everywhere he performs. Within down-to-earth personality, wild dance moves and tricks, energetic performance style and his musical inclement, he hopes to be able to continue helping the new generation of soca artists and their music cross more barriers. His hope is to also one day see the Dennery Segment/Lucian Kuduro, by extension Soca music become a world recognized genre.