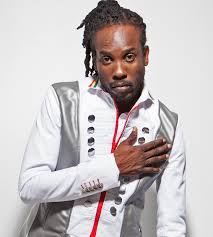 Find Nesbeth All Upcoming Concert And Tour Dates For 2020, Get Tickets.

Greg Nesbeth was born in Kingston, Jamaica. He spent the early years of his life living in a rough community called Arnette Gardens, with his parents Gloria Wright and Neville Nesbeth. The hardships faced in the community led Greg to relocate to Waterhouse then Maxfield Avenue, where he lived with some relatives. The lack of stability meant that Greg had few friends or companions, but the one thing that always kept him motivated was music. It was in 1992, while attending the Charlie Smith Comprehensive High School, that some friends at the time encouraged him to start working on a music career.He had his debut performance in that same year at a event at the Ranny Williams Entertainment Centre, where he used his stage name Nesbeth for the first time. he began to record with Down Sound Records and the Shocking Vibes Production team. His first break however, didnt come until early 2007, when a friend introduced him to producer Flava McGregor, who wasted no time in recording singles with Nesbeth such as "Boardhouse", "Guns Out", "Friend Killa", "Injustice", and "Baby Mother".

Most of Nesbeth's songs focus on urban poverty and this drew him much attention as many persons in urban regions could relate to his music.As his career grew, he went on to perform at prestigious Jamaican events such as Reggae Sumfest, Sting, Teen Splash, Rebel Salute and Bob Marley's Birthday Bash. He has also performed on the international stage at events such as Irie Jamborie in New York, Reggae Summerfest in Washington, the New Jersey Reggae Fest, and in countries like St. Kitts, the Bahamas, Grenada and Antigua.Nesbeth is commited to giving back to Jamaica and improving the lives of children who are currently in the same position he was when he was growing up. In February 2010, Nesbeth hosted "A Nuh Suh Mi Waan Live", a love and unity concert in his Arnette Gardens hometown. The event included other popular local artistes and it served to bring together and unify persons living in the community who may have been at loggerheads.