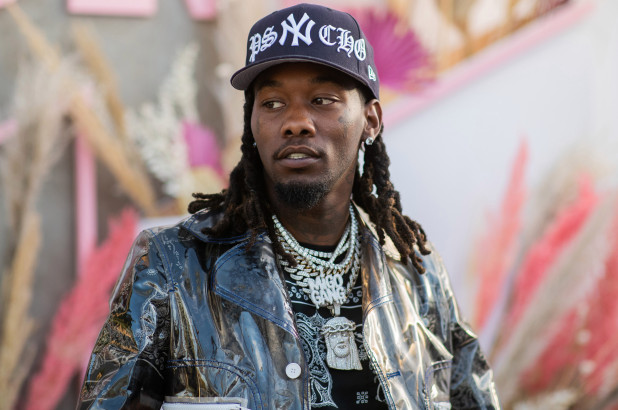 Find Out List Of Offset Upcoming Live concert 2019 | Get Tickets.

Kiari Kendrell Cephus (born December 14, 1991), known professionally as Offset, is an American rapper, singer and songwriter from Lawrenceville, Georgia. He is a member of the hip hop and trap music trio Migos, alongside cousins Takeoff and Quavo. He is also an investor in E-sports organization FaZe Clan.

The members of Migos were raised middle-class in suburban Gwinnett County, Georgia. In 2008, Offset formed Migos with Quavo and Takeoff. Offset is Quavo's cousin, and Quavo is Takeoff's uncle. The three grew up together in Gwinnett County, a mostly suburban area near Atlanta.

Migos initially gained recognition following the release of their 2013 single "Versace". In 2015, the trio released their debut studio album Yung Rich Nation. In 2017, their single "Bad and Boujee" became an Internet phenomenon, spawning a large number of memes with the lyrics "rain drop, drop top", which were performed by Offset. The song peaked at number one on the US Billboard Hot 100 chart, with many critics believing Offset commanded the track. In 2017, the trio released their second studio album, Culture, which debuted at number one on the US Billboard 200 chart.

In addition to Migos, Offset has released solo music and collaborated with numerous artists. In June 2017, he was featured on Metro Boomin's single "No Complaints" alongside Drake, which peaked at number 71 on the Billboard Hot 100, and in September he joined Macklemore on the song "Willy Wonka", from the album Gemini. Offset would eventually release a collaborative studio album with rapper 21 Savage and record producer Metro Boomin titled, Without Warning. The album was released on October 31, 2017 and debuted at number 4 on the US Billboard 200 chart. It spawned the hit song "Ric Flair Drip", Offset's first solo platinum single, and highest charting US Billboard Hot 100 entry to date. On February 22, 2019, he released his first solo album Father of 4.