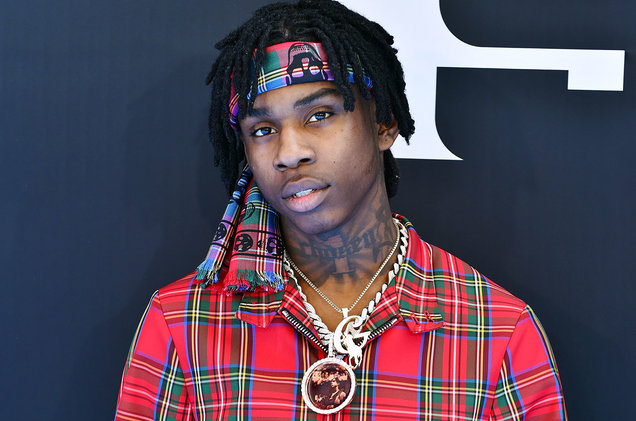 Find Out Polo G Upcoming Concert 2019 And Events | Get Tickets.

Taurus Tremani Bartlett (born January 6, 1999), better known as Polo G, is an American rapper from Chicago, Illinois. He is best known for his song "Pop Out" with Bronx rapper Lil Tjay, which has amassed over 100 million views on YouTube and peaked at number.

Polo G was born on January 6, 1999, in the Old Town area of Chicago. He grew up with both of his parents alongside his three siblings in a small project development in North Chicago. The young artist is currently signed to Columbia Records, following the release of his 2019 worldwide streamed hit single "Pop Out."Lil Wayne is his biggest influence. He grew up listening to Chicago rappers Lil Durk, G Herbo and Chief Keef.

In 2016, he started uploading heavy drill songs like O.D.A. (Only Drillas Allowed). In 2017, Polo G started releasing tracks on YouTube, which slowly gained him a following. He then began to gain more traction as 2018 started, and he began releasing songs such as "Welcome Back" and "Neva Cared". Following the release of "Finer Things", a song he wrote while incarcerated later in 2018, Polo G began gaining millions of views and plays on music services. This led to large record labels expressing interest, and in December 2018 he signed a distribution deal with Columbia Records in order to keep his independence. Since then, he has released his first charting song "Pop Out" featuring Lil Tjay, and "Battle Cry", with the first of the two having been certified platinum and amassing over 100 million views on YouTube to date. Polo G has released videos for his songs "Deep Wounds", “Through Da Storm” and "Dyin' Breed" from the album Die a Legend, which was released on June 7, 2019.

Polo G was known for a Chicago-style drill rap sound, which involves the delivery of quick, gritty verses similar to the likes of G Herbo and Young Pappy. As Polo evolved as an artist, he became more melodic, similar to Lil Durk or A Boogie wit da Hoodie.