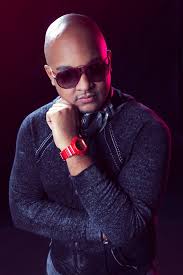 Originally from the twin island republic of Trinidad and Tobago, Ryan gained interest in the DJ scene in the mid 90s. Starting out with one turntable and a short stack of old records, Ryan began honing his DJ skills. As time moved on and his skills grew, Ryan began his own record collection and started his own sound named Detrimental Sound System whose members currently feature prominently on RED 96.7FM. Known for his blazing speed on the ones and twos, Ryan earned regular gigs at a number of popular nightspots including The BASE Nightclub,Club Coconuts and Pier 1. In the year 2004, he worked for one year on the nation's number 1 urban station at the time 96.1 WEFM on the most listened to Saturday Morning program alongside Shal Marshall and the Jugglers sound system. The year 2005 saw Ryan move to Miami, FL to further his education. Not one to be off the scene for long, Ryan was soon playing regularly at a number of Miami's premiere Caribbean events. Priding himself on his versatility, Ryan has always maintained that he is not simply a Caribbean DJ as evidenced by the eclectic selection of mixes that he has recently released.

His time in Miami has seen him travel to a number of different cities across the US including New York, Atlanta, DC, Houston and New Orleans as he continually builds up a following as time progresses. Of late, Ryan has been booked to play at Beach J'ouvert and other events at Jamaica Carnival, is highly sought after for Miami Carnival and DC Carnival, is the resident DJ for Big Phat Fish and other events, and flies back to Trinidad and Tobago every year for the Carnival celebrations and for his regular spot on the new number one urban radio station RED 96.7FM, as well as being featured as one of the main djs on the very popular RED FM truck in Tribe.His recent mixes that include a mix of various genres of music have caught the attention of American club owners around the country, as he seeks to introduce his eclectic mix of music to mainstream America, while keeping close to his Caribbean roots.