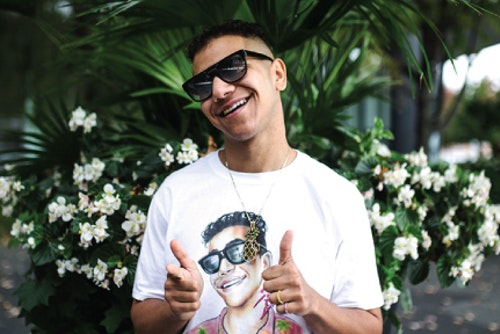 Ramy Abdel-Rahman, also known by his stage name Ramriddlz, is a Canadian singer and rapper, from Mississauga, Ontario. He dropped out of Ryerson University, looking to pursue his music career. He recently released his studio album "Ramreaper" on April 5th, 2019. AboutR&B singer who rose to fame posting his original music to the music sharing site SoundCloud. He is popular for hits such as "Bodmon," "Sweeterman," and "Hey Mr. Ramrod."Before FameHe fell into the music industry on accident through a close friend and producer named Jordan Francis. He had no real plan on being an artist prior. Trivia He also studied graphic communication management at Ryerson University while pursuing music. Family Life His first name is Ramy. He is of Egyptian descent. His cousin is fellow R&B singer Omari Mydz. Associated With He rocketed to fame after rap superstar Drake remixed his song "Sweeterman."