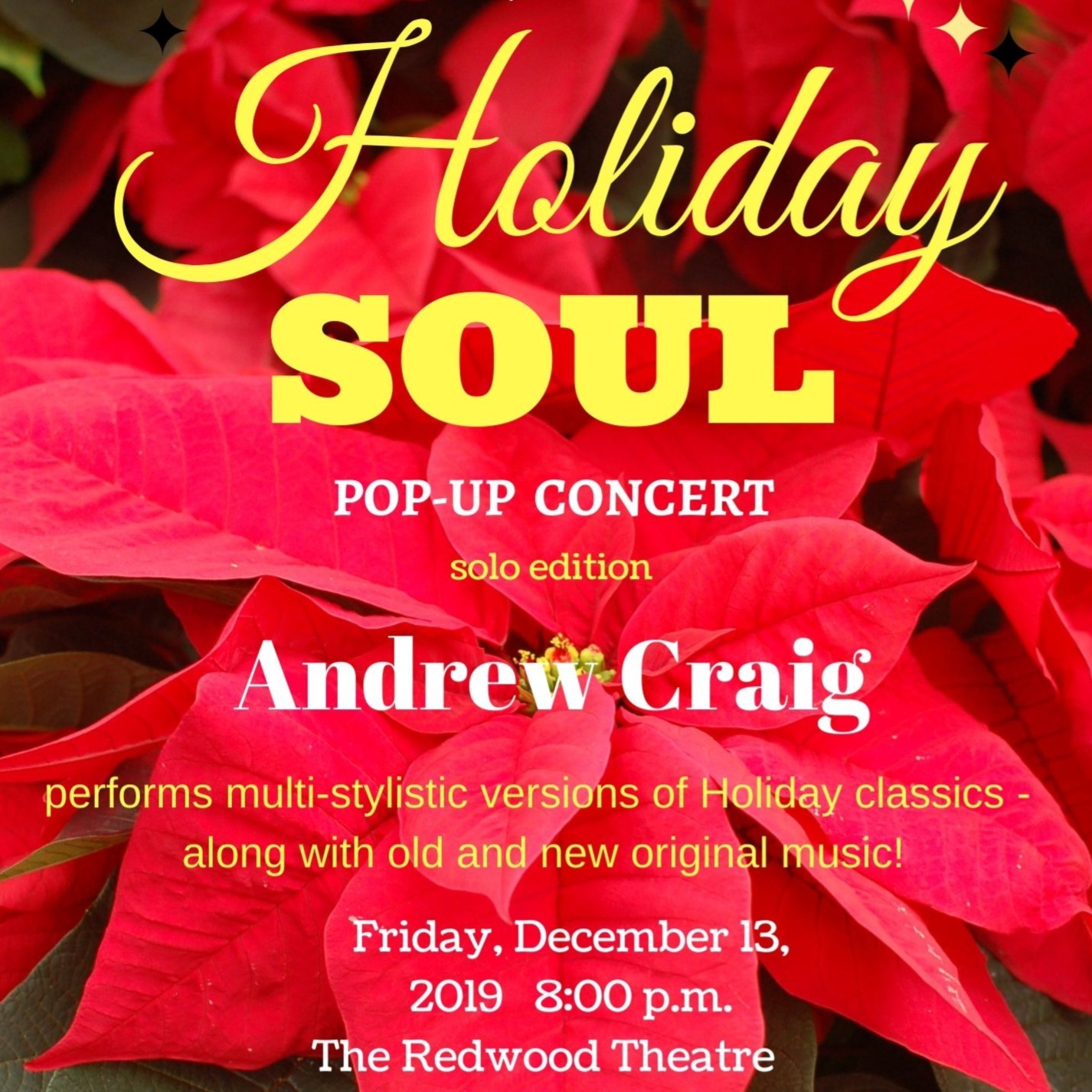 Toronto-born artist Andrew Craig brings holiday cheer to the Beach - East York neighbourhood. For years, Andrew helped usher in the magic of the season with his beloved Gospel Christmas Project, which made its debut in 2006 as an award-winning CBC Radio and Television special, and which played in Massey Hall the following year. After ten successful years running the show in various venues across Southern Ontario, Andrew retired the Gospel Christmas Project (though it still lives on in recorded format). In 2017, Andrew inaugurated his Holiday Soul show - a much more intimate musical experience, that combines new, original songs with tried-and-true seasonal classics. Adding further to the intimacy, Andrew will perform this year solo - but don't be surprised if a couple of special guests show up! In tandem with his feature article in Beaches Life Magazine, Andrew brings his Holiday Soul show to The Redwood Theatre! Holiday Soul provides the perfect kick-off to the season. You will leave with an added spring in your step, ready to embrace all the joy this time of year has to offer.

Andrew has worked with a who's who of Canadian music, including Molly Johnson, Measha Bruggergosman, Jackie Richardson, and David Clayton-Thomas, to name a few. He's opened for Bobby McFerrin, produced high-profile tributes to Oscar Peterson and Quincy Jones, and performed for Nelson Mandela - twice.