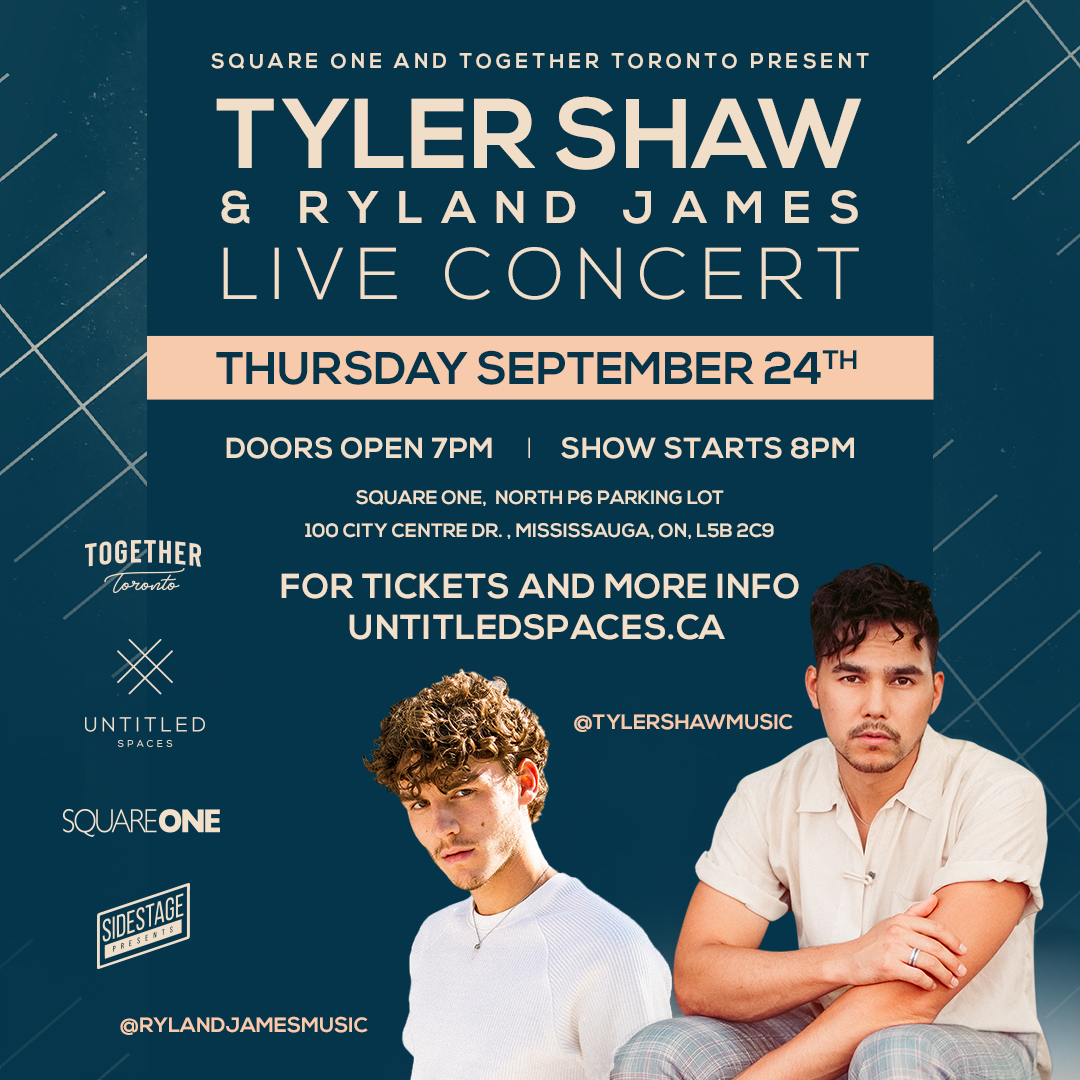 Tyler Shaw and Ryland James at Square One - Thursday Sept 24

Tyler Shaw is a multi-platinum selling artist, producer and actor. The Chinese-Canadian released his hit song "Kiss Goodnight" in 2012, and the melodic track quickly hit platinum sales. In 2014 Tyler earned a JUNO Award nomination for ‘Breakthrough Artist of the Year.' He then went on to release certified gold tracks "House of Cards" and "Wicked," all from his 2015 debut album Yesterday. Shaw has opened for massive artists such as Shawn Mendes and Alessia Cara, as well as toured with Selena Gomez. Tyler's latest single, the romantic "To The Man Who Let Her Go" is certified gold and a top 5 single at Canadian radio. Prior to that, he released the double platinum #1 hit "With You" and the top ten hit "Cautious" from his JUNO nominated pop album ‘INTUITION'. The single ‘With You' was the most played CanCon single at Canadian radio by a Canadian artist. Tyler will be releasing new music in 2020.

Ryland James - On the edge of the stage, under the spotlight, and behind a microphone, singer and songwriter Ryland James thrives. In this space, the artist's voice rings out with a bold balance of passion, panache, and power, coursing through a fusion of gospel roots,
gritty soul, and anthemic pop straight from the heart. That voice already carried him a long way from his hometown of Deseronto, Ontario. Additionally, he joined a personal hero—Alessia Cara—on a spring tour throughout Canada.

Returning from the road, he kicked off his biggest and boldest chapter with the 2019 single "In My Head." Co-written amidst trips to Stockholm and London (which yielded nearly 100 original compositions), the track highlights Ryland's poetic songcraft and expansive vocal range. The vocals reverberate with a combination of urgent immediacy and palpable emotion. Ultimately, Ryland makes a connection every time he picks up a microphone in the studio or on stage.