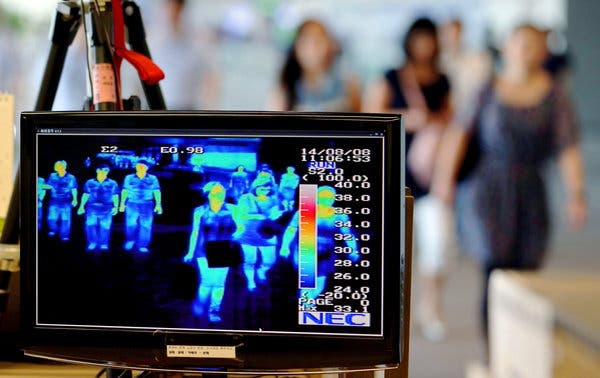 As many countries announce the easing of lockdown measures, many event professionals wonder when we will meet again. Technology will make some events possible. Here is an overview of what to keep an eye on.

The current outlook for the event industry is a complex one; the new normal of events looks challenging. Venues are looking at all available options to prepare for a potential re-opening.

While many companies have announced the postponement of their live events programs and Bill Gates recently provided a grim outlook for mass gatherings, there is a glimmer of hope for event professionals concerned for their business or the security of their jobs.

The future is surely small outside of virtual events. While smaller events have a more substantial chance of happening, how soon may depend on a number of technologies that will directly impact the event feasibility.

Let’s have a look.

Macro-Level Technology That will Impact the Ability to Gather

Some countries are beginning to announce the return of small gatherings. The cap seems to be 10 people. The task for the industry should be to determine how to safely increase that number in order to give more types of events the chance to exist.

Devising the safety logistics for groups of 50 to 100 people should be the immediate goal.

In order to get there, some government-subsidized technology needs to be rolled out as fast as possible. Having this type of technology clear in our minds will help us lobby the government for it and focus on the news that matters — weeding out the media noise about other types of tech or other government initiatives that don't pertain to getting us what we need.

Digital tracking has been demonstrated to be one of the most effective ways to control the virus. The benefit is to quickly intervene with specific lockdown measures and monitor the dynamics of the virus’ spread.

South Korea has been at the forefront of this approach. The country faced one of the largest early outbreaks after China and effectively contained it with limited lockdown measures.

Digital tracking is an incredibly granular operation that delves into very specific details of the movements of Covid-positive individuals. In South Korea’s case, BBVA reports how the mechanism of the app works:

In the case of South Korea, in early March, the government launched ‘Self-quarantine safety protection‘, an ‘app’ that collects information on the user’s health, location and places they’ve visited, based on the device’s GPS tracking information. With these data, the application is capable of notifying authorities whether an individual ordered to self-quarantine sneaks out, or of alerting other citizens when they are found to have been in contact with a positive case. The application also collects data such as user gender and nationality.

This was followed by the implementation of a bracelet that would alert officials if someone ventured out of the lockdown and compulsory self isolation. You would also get a notification of increased risk of contagion if a neighbor tested positive.

Australia, Italy, Spain, and other countries are following suit with their own apps offering documentation.

This technology comes at an incredibly high privacy cost, but then again, we are faced with an economic crisis compared to the great depression and with a disease that is killing hundreds of thousands.

Fast and accessible testing is essential to the containment of the virus. Access to such technology, potentially to medical professionals supporting events on-site, could transform the perception of risk for live events.

The enemy of events (and the hospitality industry in general) right now is the fear of being in public gatherings.

If we know that Covid-19 is easily traceable and everybody can be tested immediately as they arrive, we may feel safer to leave our home to attend an event. Of course, physical distancing and other measures would need to be part of the equation, but we would have that much less of a reason to be scared.

Medical device company Abbott is one of the few companies that have developed rapid diagnostic tests that produce a result within 5 minutes. While there has been some scrutiny of the accuracy of these tests (the Abbott test, for example, was shown by researchers at the Cleveland Clinic to have a false negative rate of 15%), the hope is that more competition will make the technology readily available for the masses. Think glycemic testing for diabetics type of availability.

The WHO recently announced that there is not enough data to say whether those that have contracted Covid-19 will be immune, and cases of reinfection have been reported in both China and South Korea. There is also no reason to expect that this data will soon be available any time soon, but the likely outcome is that, yes, there will be immunity.

Having confirmation about immunity could also be a game-changer for events when combined with more widespread testing. The quick win would be to increase awareness about containment and decrease the perceived risk in prospective attendees.

The scarier application would be to issue ‘immunity passports’. This is once again a heated and controversial topic. Events discriminating registration to guests that can substantiate their immunity seems unrealistic to say the least, and more likely discriminatory.

Nevertheless, knowing your immunity status cannot be seen as a negative, and more rapid tests have been announced that deliver a result in 8 minutes. Immunity testing is also being rolled out across the United States at private labs or with the imminent launch of pregnancy-test like devices.

The one biotechnology we should all keep an eye on is the development of a vaccine. It is not our job to talk in-depth about the process of developing vaccines, but everybody seems to be in agreement that a vaccine is the only definite way out of the crisis.

Many companies and health organizations are working on a vaccine with very innovative approaches, the most promising of which being developed by Oxford University.

That said, the current problem with vaccines is the incredibly distant timelines companies are giving. 18 to 24 months.

While there may still be a case for a global rollout, Oxford University talked about an initial rollout of a million doses in the UK in September 2020. The initial batch will be offered to healthcare providers, first responders and essential workers.

The effect on events?

Once again, it is one of perception. The disease will feel more controllable, numbers will go down, economies will gear up faster. The result of an effective initial rollout will be that our audience will feel more comfortable to go out respecting distancing and security measures.

The snowball effect of an early rollout of the vaccines could be a wave of positivity. Something we are craving.

Event Specific Technology in a Time of Coronavirus

What about technology that will make smaller meetings possible? We should celebrate the way many event technology companies pivoted to offer virtual tools to event professionals.

If the same level of enthusiasm is adopted to deliver on-site solutions, we can be moderately and relatively confident about the future ahead of us.

While we wait for new startups to develop tools for live events and existing technology companies to start addressing the many challenges of meeting in person, we can surely take a look at what is available right now.

Event apps offering these features will be in high demand going forward. Technology can be a fantastic tool for enforcing distancing.

Picture this scenario: After gaining consent, event professionals can use apps or bracelets to warn attendees who violate proximity protocol. If two attendees should come too close to each other, the phone or bracelet would vibrate.

This type of technology is already available for more mundane issues, such as correcting your posture with smart, wearable devices that warn you when you slouch.

The technology to achieve the same notification outcome is already there. Event technology companies are thinking about it, and we can anticipate dedicated products popping up on the market very soon.

Brussels Expo just announced a Coronavirus free environment for their exhibition spaces. This is potentially a game changer for venues, who could offer the same purification technology offered in hospitals.

These purifiers, the press release reads, use a combination of technologies such as UVC lamps to deliver a virus free environment. This is conjunction with PPE and physical distancing.

Technology that provides the ability to scan attendees upon entering the venue will become the norm at airports and event venues.

Eventoplus reports of how IFEMA, the largest venue in Spain, has already implemented a system that triggers an alert when someone with a temperature of over 99.5F (37.5C) enters the building.

While we now know that there is an incredible amount of people infected who show no symptoms, thermal scanning can at least give an indication of who is showing symptoms at the event and can be immediately quarantined.

Event professionals will either need to select venues offering thermal scanning or bring their own provider on site. This could even become an opportunity for functional sponsorship as scanners become the norm going forward.

Physical distancing is the measure all countries, despite different approaches and theories, agree on. It will need to be communicated and enforced with the greatest level of attention to make events possible.

Technology offering digital signage is already present at venues and can be implemented via dedicated apps.

Marking clearly where attendees will need to line up or communicating distancing measures through displays increases the perception of security of events. Attendees will feel comfortable attending and, most of all, talking to others about attending events.

As demoralizing as it may look, plexiglass screens are becoming a reality in highly dense interaction environments such as grocery stores.

One of the most popular pre-coronavirus trends was the idea of having nooks or dedicated work areas within events where attendees could network, relax, or catch up with emails.

The same concept of nooks will make events possible, albeit with a different objective: safety. Plexiglass will protect from coughs and sneezes and the circulation of droplets we all fear.

We can envision such nooks being implemented in the main meeting room, during breaks, or at registration to protect your staff.

Physical interaction will necessarily go down, but with a view to making attendees feel secure.

In a scenario where physical interaction will need to be avoided at all costs, event apps will play an incredibly important role to ensure engagement and networking elements are delivered.

We do attend live events to connect with others. Apps are uniquely positioned to allow that layer of interaction among attendees and with the speaker/performer.

Live interaction tools will play an increasingly important role in avoiding a feeling of isolation at events. Networking could happen via video chat at the actual event or by simple messaging while keeping a safe distance.

While some readers may cringe at some of the ideas presented, the next few months do present a challenge we need to deal with.

The good news is that we already have, in most cases, the tools to keep business going until this pandemic, like all the others in the past, disappears.

Clever, informed, and creative event professionals will be able to leverage current technology to make events happen. They will also keep an eye on the information that matters when it comes to technology that will directly reduce the risk of contagion. 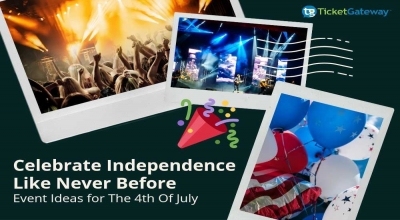 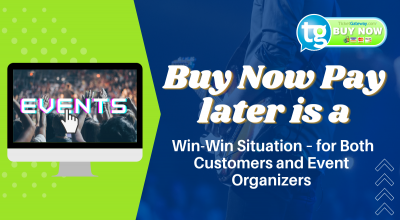